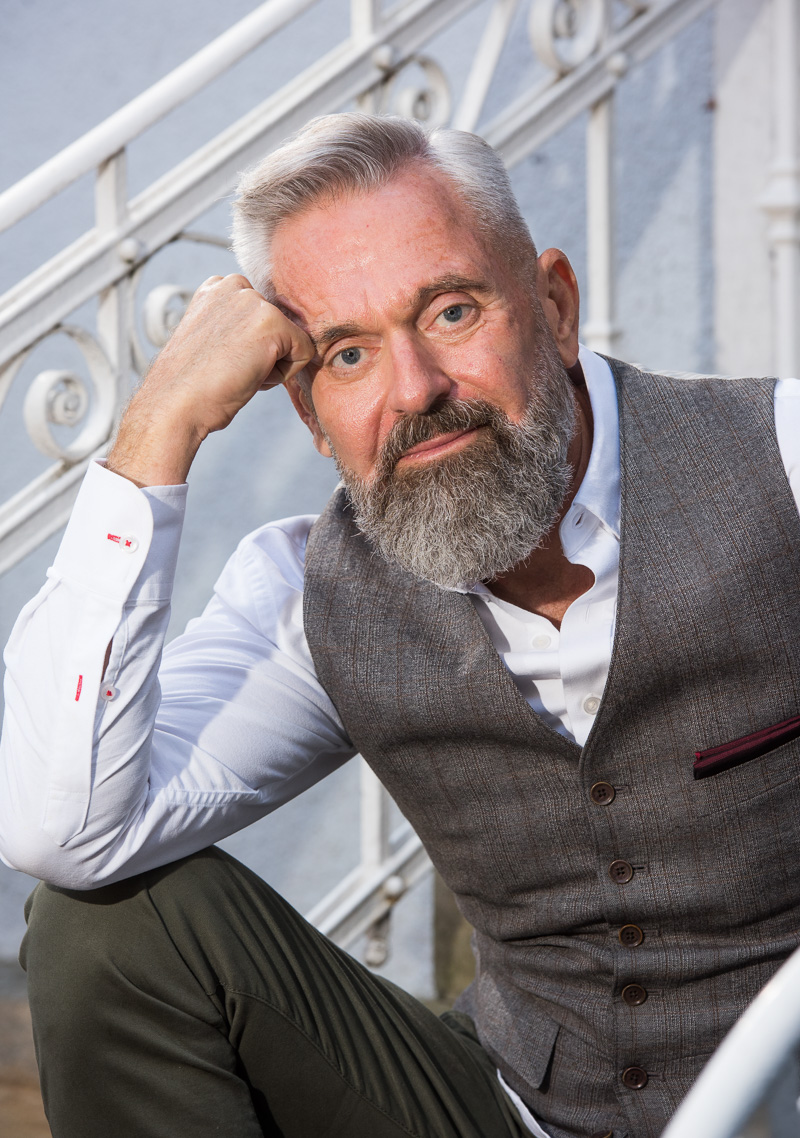 “Because everyone likes a surprising second act.”

With a humor for the dramatic, David Dykowski first stumbled onto a stage at the age of 5.

Too young to know of Noel Cowards famous warning, “Just say the lines, don’t fall over the furniture,” David did exactly that.  The ensuing laughter from the audience both shocked and thrilled, and set the tone for the adventures ahead.

Born in Chicago, and raised on the suburban ranch house streets of Portland, Oregon, David feigned illness to stay home and watch the Tony awards.  From his room, a small black and white television flickered the bright lights of Broadway and he knew that his destiny was for a bigger world.

From Seattle to Frankfurt and Dallas to Zurich, David has shared his talents as an actor, model, singer and humorist.  His colorful life and sharp wit have found a home on the stage and on the page.  With stage pieces and short stories that are both entertaining and accessible, David aims at opening doors for audiences and readers to exam their own shocks and thrills. He reminds us that ghosts let out of the closet are often found to be smiling.

David writes from his home in the Canton of Zürich in Switzerland.